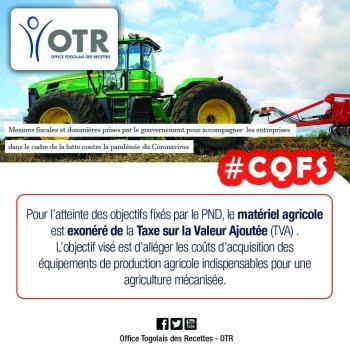 Indeed, organized by the Department of Infrastructure, Energy and Digitalization of the ECOWAS Commission, this meeting aims to put in place a political framework favorable to the development of the market for off-grid PV systems. The objective of this workshop is to present the new design of the ROGEAP project to the actors concerned with a view to mobilizing them for active collaboration during its implementation of the project. The opening ceremony of this workshop was chaired by Mr. Banimpo GBENGBERTANE, Chief of Staff of the Ministry Delegate to the President of the Republic in charge of Energy and Mines. In his words, he wanted to highlight the importance of off-grid renewable energies which constitute a bulwark for countries in their energy policies. ” The current energy situation of our countries and faced with a growing energy demand, an in-depth analysis is to be made in order to identify, know and dispose of the institutional, legal, technical, scientific, financial and human ways and means necessary to deal with it. .” he noted before adding”the current dynamic of energy policies is moving towards the development of programs and projects for the mitigation and adaptation to climate change in the field of energy. Thus, for him “ access to energy presupposes energy choices resulting from technical, economic, socio-political and environmental considerations or trade-offs, taking into account assets and constraints. “ Such approaches therefore require ” precise analyses, based on available and reliable data,” he indicated.

According to Mr. Elhadji SYLLA, special counsel for the project representing the ECOWAS Commissioner in charge of infrastructure, energy and digitalization, praised the commitment and availability of the Togolese authorities in the framework of the implementation of this project. For his part, the permanent representative of the President of the ECOWAS Commission, Mr. Barros Bacar BANJAI, expressed the wish that, faced with the enormous challenges that countries are facing in terms of energy, particularly solar energy, it is necessary to the States concerned, to allow the effective realization of this project for the good of their populations.“This workshop is for us, an opportunity to raise the awareness of political decision-makers that you are to lead to the establishment of a sustainable political and regulatory framework for the development of a market on the Technologies of Autonomous Solar Photovoltaic Electrical Systems” in framework of ROGEAP ,” he said. As a reminder, the ROGEAP project takes into account 19 countries, including the 15 countries in the ECOWAS region and 4 countries outside the ECOWAS zone, notably Mauritania, Chad, Cameroon and the Central African Republic. This project aims to increase access to electricity for households, businesses and public institutions through modern stand-alone solar systems through a harmonized regional approach. More specifically, it is a question of supplying electricity to non-electrified households and private and public structures thanks to off-grid photovoltaic solar mechanisms.